We are finally done with the bathroom! Well to be totally honest, we’ve been done for about a week and then I got lazy and decided to do nothing after work other than lounge around in my sweatpants and eat brownies. Not kidding.

Anyway, many moons ago the bathroom looked like this:

Our first really big project in the house was to rip most of this bathroom out and put it back together so then it looked like this: 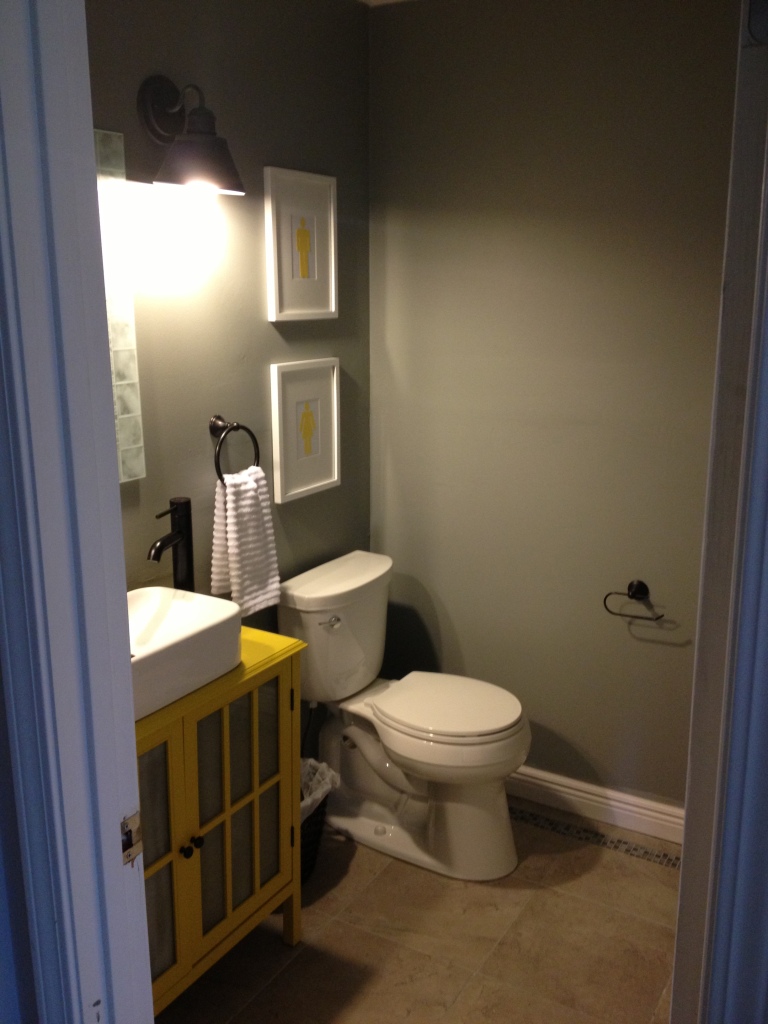 Annnnnnd I didn’t love it. I tried to but it was just one of those projects that looked way better in my head, not to mention the work we did looked a mess in some spots. I somehow convinced my wonderfully supportive husband that we needed to redo this bathroom for a second time even though some rooms in our house haven’t even been touched a first time. So then I started yanking out drywall. 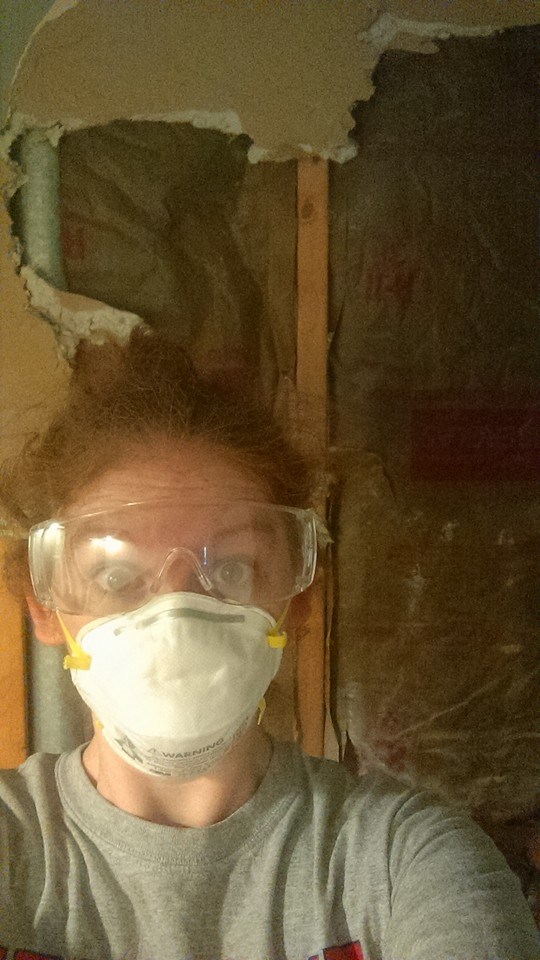 Not sure who is crazier at this point but hey, at least we support each other. Plus, now we have a bathroom that looks like this:

And I love it! *Cue sigh of relief and choir of angels* We took this bathroom mostly down to the studs leaving just one full wall of drywall and a partial area above the door intact which allowed us to fix a lot of the issues that I originally mentioned in this post.

Sink: The splashy vessel sink is gone forever! And by “gone forever” I really mean it’s waiting to be installed upstairs whenever we get around to our mini makeover of the guest bathroom. Putting it there won’t make it any less splashy, obviously but the guest bathroom is very rarely used so we figure it’s the best place to put it. The new sink is from Wayfair which we ordered specifically to fit in the dresser turned vanity (which I’ll save for another post). We had planned on using a sink we already owned (the one we took out originally) but unfortunately it was a smidge too big. We did use the faucet that was here though so that saved us some money. We’re undecided on what to do for pulls on the vanity – any suggestions? 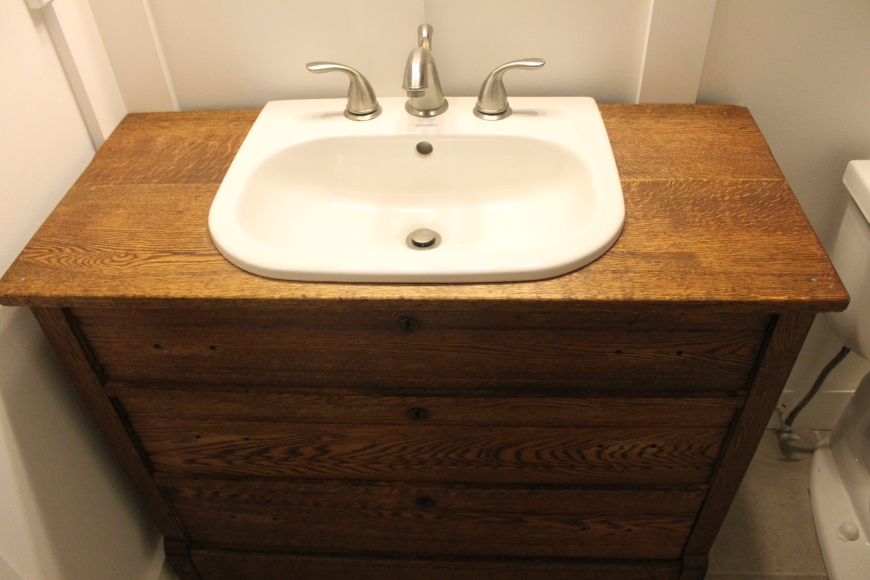 Lighting: I was hesitant to use navy paint in this bathroom but with the new lighting, it doesn’t feel like a cave at all. I’m sure some people like a dark, moody place to go to the bathroom but I’d rather be able to see what I’m doing thank you very much. We took out the two sconces and put in a $10 clearance fixture we picked up on a whim at Lowe’s about a year ago. The glass shades totaled about $40 (although they’re showing as almost $10/each online) but they were free to us since we had a Lowe’s gift card. It’s so much brighter in here and you can actually see if you have any schmutz on your face when you look in the mirror. The fan/light combo lives on but only because we couldn’t pry the sucker out of the ceiling. The metal housing is nailed in so we decided to leave it. We may try going at it with a hacksaw at some point but it’s not a major issue so for now it’s fine.

Drywall: Our drywall job this time around was so much better! We were able to get a much smooth finish but we did still have a couple of issues but I think it’s because of the tape we used.

Other random stuff: We ended up grabbing a new mirror because the other one wouldn’t fit between the trim and the light fixture. This one is much larger but I like it and the old one will go in one of the upstairs bathrooms at some point.

I’m planning on doing posts on the DIY board and batten soon plus we have a couple of small things we’ve been working on. In the meantime, enjoy this adorable puppy face. His name is Max and he’s our current foster who is dangerously close to becoming pup #3.

« Two Years
DIY Board and Batten »