This is only my third Friday Five post and it’s already a struggle to figure out five things to talk about! There really hasn’t been much going on lately.

1 – The deck is still a major work in progress. We didn’t get very far last weekend and we weren’t able to work on it during the week at all.The ledger boards are all in and the outside posts are set. Our plan is to tackle the frame and joists tomorrow and install the deck boards on Sunday. We might have a helper or two tomorrow so hopefully it will go a little faster than last weekend!

2 – I desperately want a new sofa. It’s not in the budget right now but our sectional needs some serious help. The dogs have destroyed part of it and after 4 years of being a bed and a playground to cats and dogs, it just needs to go. I would LOVE this West Elm sofa but at almost $2500 (when it’s not on sale) it’s way out of our price range and I’m afraid the dogs would scratch it. 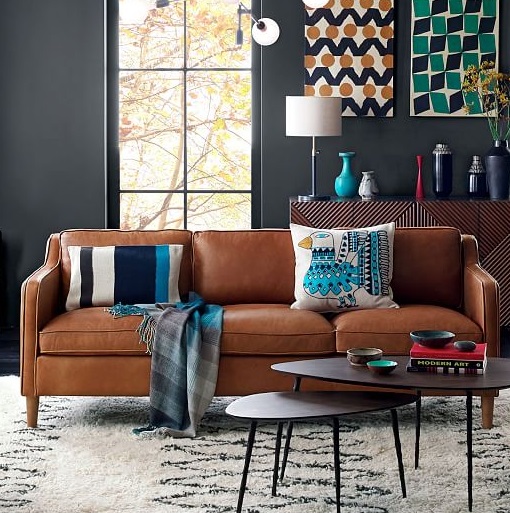 This is my current second favorite. The price isn’t bad and I’m less worried about the dogs and their claws.

3 – I hate the new Instagram Stories feature. It’s such a trivial thing but it makes me so irritated. I already have Snapchat and the stories feature seems like the exact same idea minus the hilarious filters. Stop trying to make stories happen, Instagram!

4 – The weather has been slightly cooler lately (as in high 80s instead of 90s) and it’s making me ache for Fall. Fingers crossed the temps don’t go back up! I’ve never been much of a Summer person and I’m so over the heat and humidity. I just want to be able to open the windows without melting and wear jeans without feeling like I wrapped myself in shrink wrap.

5 – I keep waffling about our kitchen reno. We decided to do it next Summer but then decided to push it to 2018 because it gives us a little more financial freedom but now I’m leaning back toward trying to get it done next year. Every day the urge to take a sledgehammer to the cabinets gets a little bit stronger.

Here’s the plan for this weekend:

Saturday – Long run in the morning (minimum of 10 miles), spend the rest of the day building the deck and possibly taking some of the old deck to the dump.