A few weeks ago, we tore down our old rickety death trap of a deck.

Demo went well for the most part. I mean, we almost knocked a spigot off the house but other than that it was pretty smooth. 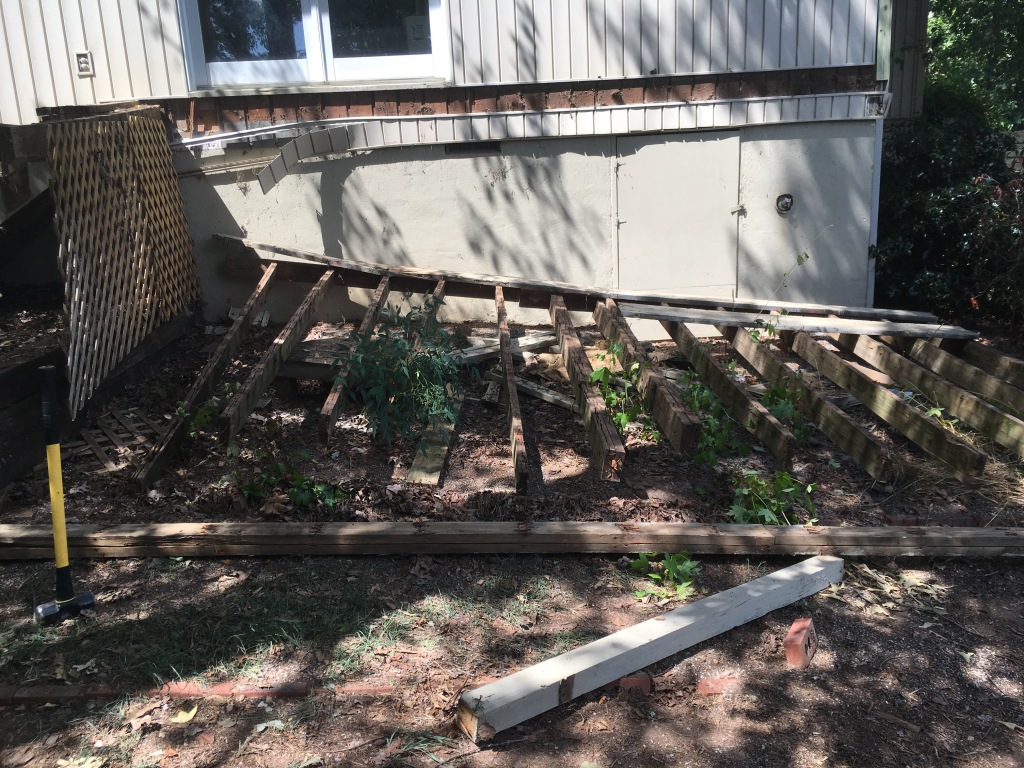 Since then, we’ve slowly been building back a nice new deck that doesn’t feel like a hearty wind gust could knock it down. We didn’t end up lowering the deck as much as we thought we would so we’re still going to need to install railings along the higher parts. 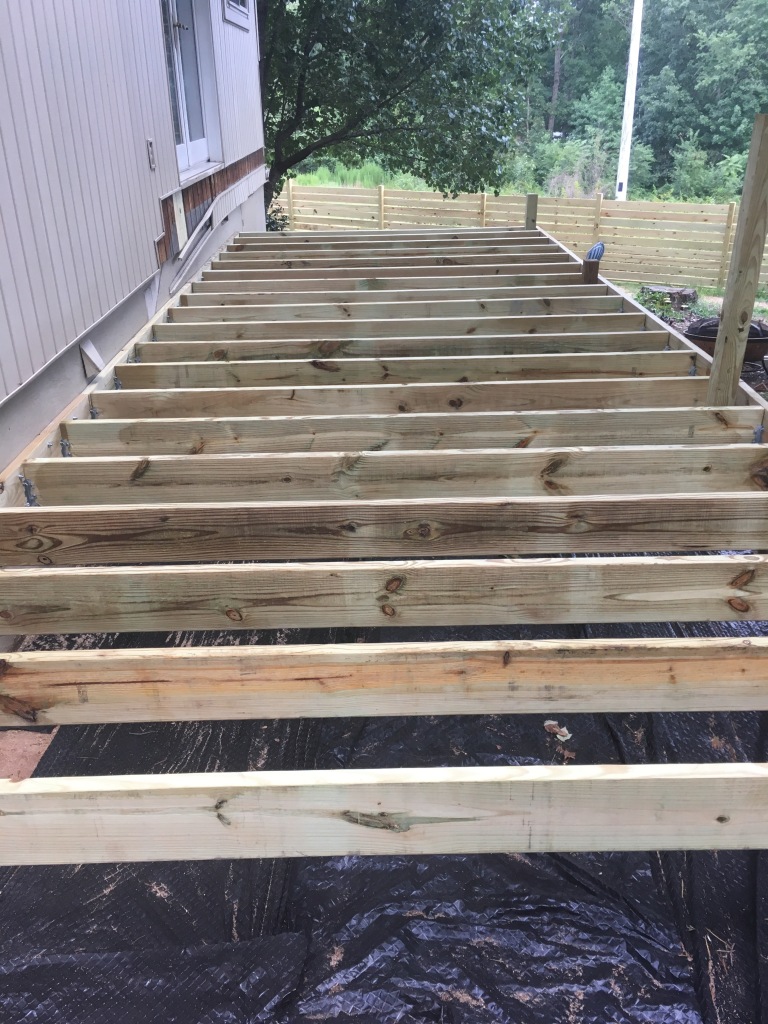 Fortunately for our area (but unfortunately for this project), we’ve been getting quite a few pop up storms so we haven’t been able to work on the deck as much as we would like but we’re getting so close to being done with this phase and I wanted to show you guys the progress that we’ve made.

Eventually, the deck will wrap around the back of the house to the garage but this is all we’re doing for now. It’s a slow process but let’s be real, all of our projects are slow. This is the current state of the deck. The lattice is there to attempt to keep the dogs from jumping off. Barley thought it was really hilarious to take a couple of dives off the end and give me a heart attack. Aren’t dogs fun?!

Here’s the punch list for what we have left:

If it doesn’t rain this weekend we should be able to get most of it knocked out. Fingers crossed!